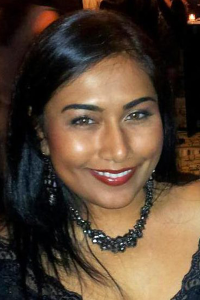 Back in 2006, I happened to catch Juninho scoring from an amazing free kick. The joyful way Lyon played football as well as their indomitable spirit is what drew me in, and I’ve been in love ever since. And even though the last few years have been rough, I fully believe that OL will reclaim the title and one day win the Champions League!

Through Lyon, I discovered Les Bleus, my second love. Watching them win the World Cup was a dream, and I’m already counting down the days until 2022.

Besides the Lyon Offside, I’ve also written for the Guardian, ESPN, and a few other sites as I do my best to share my love of Lyon and Les Bleus. Some of you may know me as “Inara,” which is the name I used when I first started this blog (once upon a time, it wasn’t safe to use your real identity on the internet). But thanks to social media these days, I’m pretty sure what I ate for breakfast is documented somewhere.

When I’m not breathing French football, I’m planning my next trip. I enjoy going to the remote places in the world – the less people, the better! I’m living in Washington D.C. these days, so if you’re an OL fan in the area, let me know! 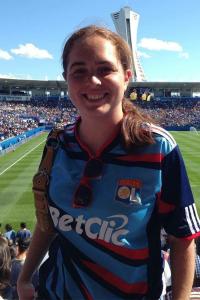 Philly-born, D.C. resident, Lyonnaise du coeur.  I grew up yelling at the TV during Phillies, Flyers, and Eagles games, so long before Les Gones entered my life, I learned that sports will only break your heart, but you still have to care about them more than anything.  Good preparation for life as a Lyon fan!

I fell in love with the city of Lyon during the Fêtes des Lumières in 2009, and when you’re as sports-crazed as I am, the sure sign that you really love a place is when you adopt its team as your own.  The emergence of Alexandre Lacazette and Nabil Fekir bumped me from casual fan to die-hard in no time flat.

And when Sarah Bouhaddi came up with two straight saves in the shootout to snatch a victory in the hold-your-breath 2016 Women’s Champions League Final, the women’s team locked down their prominent place in my heart as well.  So nowadays, if you’re passing through D.C. wearing your Lyon gear, that’s me running to give you a high five.  I’m very happy to be part of a great crew of American Lyon fans and the Lyon Offside team.  Allez l’OL! 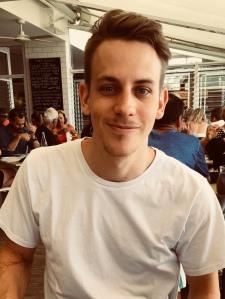 Australian born and bred in Brisbane with sport in my blood. My first introduction of European Football was France 98. As an 11 year old plastic Brazil fan, I quickly shifted my support to the best national team in the world (Allez Les Bleus!). My love of OL started in 2005-06 when Youtube highlights and Fifa 06 started rulin my life. I knew then I had to support the French champions.

For the past 5 years, early morning matches are the highlight of my week and feed my compulsive desire for more. My desire to be shirtless in the Virage Nord of Parc OL is only held back by the 16,549 KM that separates me from Lyon.

As the only Australian born OL supporter in the world (a self proclaimed title), I have been so overwhelmed by the warmth and acceptance by the OL community on Twitter that I feel like an honorary Lyonnais. I am excited to be a part of the Lyon Offside and hope to bring enjoyable content to the greater English speaking OL community as it continues to grow and expand. Always “Allez l’OL et Les Bleus.”

One day in 2008, I watched a Juninho freekick glide through the air and into the back of the net. So I did the only natural thing there was to do – I started  paying attention in French class and from the next season, followed l’Olympique Lyonnais religiously. The fact that OL stopped winning trophies at that point is probably a coincidence.

From that day on, I found in Lyon the only club that could make me scream, cry, and occasionally hint at a smile. I’m from Malta, and though our football tradition isn’t as strong, I love any game if there’s a football being kicked around.

Over the years, I watched our little Gones grow up, impress, and leave. But the fans remained, ever-present. I joined Lyon Offside to share with the supporters all the moments that scream Lyon, from the magical nights in Zagreb to heartbreak in Cyprus.