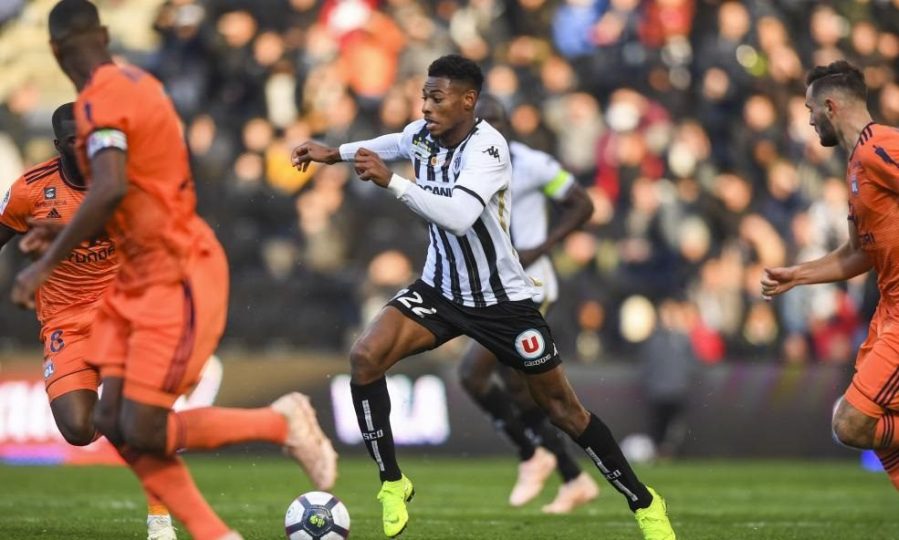 Arguably, the battle between these two teams has already been fought. Lyon and Angers spent all of last week in negotiations over Jeff Reine-Adélaïde, former Arsenal reject turned Angers phenom. The final sticking point was whether The Jeffster could play against Lyon on Friday.

The answer was soundly no. Angers – also known as the French Juventus – did not feel like getting scored upon by a player who was just in their jersey a few days ago.

Jeff Reine-Adélaïde, to be henceforth known as JRA simply to preserve this writer’s sanity, was brought in to bring some much needed pizzazz to Lyon’s midfield. Purchased for a cool €25m, with an additional €2.5m in bonuses and a 15% sell-on fee, he is the latest signing in what is now Lyon’s most expensive transfer window ever.

Interestingly, part of JRA’s determination to play for Lyon over his other options – besides the Champions League – was being able to play with Houssem Aouar and his other U21 teammates/besties. While this sort of decision-making isn’t usually seen after the age of 12, it works out in Lyon’s favor, which means I’m all for it.

The team’s riding high after their 3-0 win over a Monaco that continues to be in shambles. While the scoreline is a bit misleading – Lyon didn’t play particularly well – the win went a long ways in boosting confidence. They kept a clean sheet (what are those?) and remained focused for the entire 90 minutes. The game did show there is still a lack of offensive animation, and since the fullbacks were ordered not to go too far forward, the front trio were missing out on their fabulous crosses. With midfield a bit of a dead-end, it’s clear why JRA was purchased so quickly and at such a high price (relatively speaking, of course).

Besides JRA, Angers also sold Flavien Tait to Rennes. To compensate, they signed Sada Thioub and Rachid Alioui from Nimes, along with Casimir Ninga from Caen. However, the player to watch out for is Mathias Pereira Lage, who scored once and also assisted last weekend.

At Lyon, Pape Cheikh Diop and Lenny Pintor were sent out on loans, Pape Cheikh to Celta (with option to buy) and Pintor to Troyes (no option to buy). Marçal and Rafael are out injured. Houssem Aouar picked up a knock but is still in the squad.

L’Equipe is predicting the following lineup (4-3-3):

This is exactly like last week. However, depending on how Aouar feels, Jean Lucas may start in his place. Otherwise, it’s a fairly uninspiring lineup. Sylvinho’s insistence on always playing Bertrand Traore despite having other options in Martin Terrier, Maxwell Cornet, or even Amine Gouiri, feels a bit Genesio-esque.

Lyon 2-1 Angers. It’s Lyon’s first home game, so expect the players to step up. However, a still fragile backline may be exposed to Angers’ quick attackers, unlike Monaco, who were too disorganized to give Lyon’s defense much pressure last week.