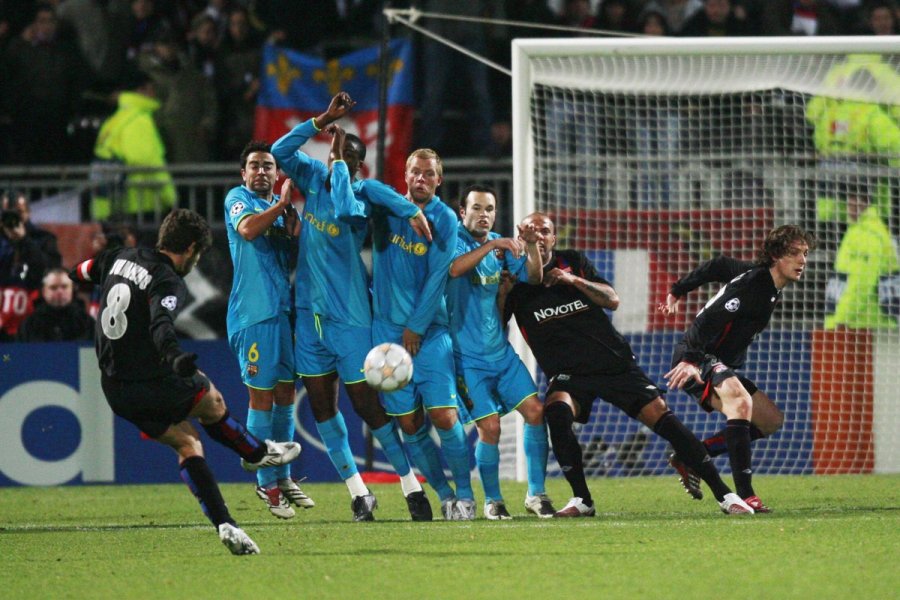 To be fair, any of the teams Lyon could have drawn in the Round of 16 would be a difficult challenge, but I really didn’t want to see Eric Abidal’s face again. Now I’ll have to suffer through multiple pre-match interviews where he’ll talk down about his old Lyon days. Can’t wait.

Statistics are unfortunately not on Lyon’s side – in the past, they’ve faced Barcelona six times and never won a single encounter, with 4 losses and 2 draws. But there’s a first time for everything, right? As pundits point out, this is a better draw than Porto or Dortmund. At least the players will show up to play against Barcelona. Against Porto, we’d be treated to Bertrand Traore’s Greatest Hits, the 180 Minute Special Deluxe Edition.

Bruno Genesio has promised that Lyon will do their best to win. Say what you will about Lyon, but one thing you can’t accuse them of is sitting back and shying away from bigger opponents. At the very least, we’ll see a good show.

The UEFA Youth League draw also took place today. As group runners up, Lyon need to play in a playoff round before making it to the actual knockout round. The eight 2nd placed teams will play the 8 domestic U19 champions in Europe. The winners of these matches will play the group winners in the Round of 16. Lyon will play SK Sigma Olomouc from the Czech Republic, and while the odds are in Lyon’s favor, that’s usually bad news for us.

Unless you’ve been living under a rock, you’ll know that Ada Hegerberg became the first ever women to win the Ballon d’Or Feminin. But because the world keeps trying to find ways to be misogynistic, her win was marred by the DJ asking her to twerk on stage. Hegerberg firmly said no, but this incident thrust her into the global spotlight.

The New York Times published a great article about her, and she recently published her own thoughts about the matter. Hegerberg has found herself in a position to be heard outside of the world of women’s football, and as usual, she has only the most inspiring things to say.

I highly recommend you give it a read.

Lyon target Diego Lainez is on the verge of joining Ajax. Rumors are that Ajax and Club America have agreed to a deal around €12m. However, Lyon are not quite out, as Club America will consider any counteroffer OL makes. This will be interesting to see unfold – while 12 million is affordable for OL, they bought Reo Griffiths and Lenny Pintor last summer, two other 18 year old attackers with high prospects. Lainez would be an amazing purchase, but no doubt he’ll think twice before joining a club where it’ll be more challenging for him to get game time.

The best news this week is Maxence Caqueret finally getting a pro contract. We’ve only been obsessing over this guy for several months now, so it’s wonderful to see him rewarded. He’s signed a 3 year contract, but I expect it to be extended within a year.

Lyon are moving fast in their contract talks, as they look to lock down 16 year old wonder kid Titouan Thomas and Sofiane Augarreau, an ex-Barca academy player that’s also getting pursued by an English club. Even more astonishing, Lyon also want to tie down Rayan Cherki, who just turned 15.

Let’s hope they all sign so that Lyon can then turn its attention to Theo Ndicka and Hamza Rafia.

Rafael will be out for 2-3 months. He had surgery last week after injuring a muscle in his groin (what a weird word). However, Kenny Tete’s fine form and Leo Dubois’s return means Genesio can breathe a little bit easier.

Lyon have already made €31.95m from the Champions League just for participation. It’s not even counting TV revenue, ticket sales, or match day income.

The breakdown is: €15.25m just for being in the group stages, €2.7m for their win over Manchester City, €900k for each draw (€4.5m in total), and €9.5m for making it to the knockout rounds. They will, of course, get money for the two games against Barcelona as well.

Lyon will easily walk away with €50m from the Champions League alone, and for a club with massive stadium debt, that money will go a long way in paying the bills.