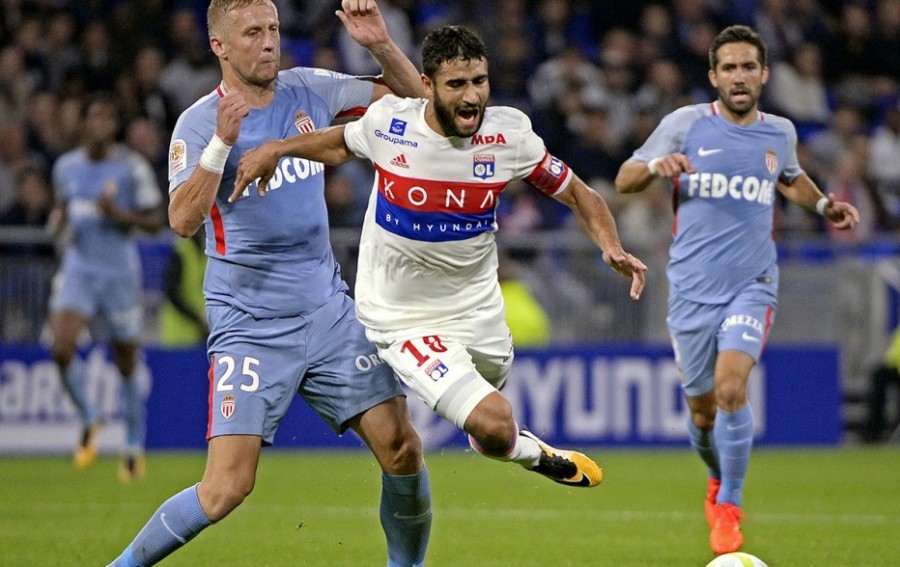 I wish I could be excited about this match. Playing the 19th worst team in the league, one with a myriad of injury and morale problems…it’s a dream come true. An easy 3 points, right?

Lyon’s greatest skill is their ability to sympathy struggle. Teams in the worst form of their life arrive at Parc OL and then revive their flagging campaigns. Just ask Nice. Or Nantes. Or Rennes.

They should rebrand Groupama Stadium as Groupama Spa. The possibilities for EBITDA are endless.

There’s a lot to unpack about this match. First off, it’s taking place during a weekend where half the Ligue 1 fixtures have been canceled due to the mass protests happening in France. This game was miraculously left on the calendar, but it was pushed back from a 1 PM kickoff time to a 9 PM kickoff. That gives the team an extra half day to prepare.

Monaco is currently in 19th place, with 2 wins, 4 draws, and 9 losses. They’ve scored 14 goals and conceded 24. Their manager, Leonardo Jardim, left on friendly terms in early October after one of the worst season starts in the history of mankind (6 points out of 30). He was replaced with Monaco youth product Thierry Henry.

Henry hasn’t done much better, with only 7 points out of 18. Monaco’s Champions League campaign was also disastrous, getting only 1 point out of 18 (one draw, 5 losses).

However, it should be noted that Monaco is also suffering an injury crisis that defies expectation. Henry has 16 players out, and for awhile now he’s been pulling kids up from the youth levels just to get bodies onto the pitch. Monaco has played more players this season than any other team in the Big 5 leagues. That’s gotta suck.

Lucky for them, they’re coming to the one place in France where they can sit back, relax, and let the opposing team help them out.

And despite their current situation, they have several dangerous players that can make Lyon’s life miserable. Aleksandr Golovin, Youri Tielemans, and Radamal Falcao are just a few. Unfortunately for Henry, Willem Geubbels is among the injured. Had he been healthy, he would have been a sure bet to score.

Lyon’s riding high after qualifying for the knockout round of the Champions League. They scraped by with a draw against Shakhtar, which was enough to give them 2nd place. Naturally, this means that Lyon are actually at their weakest. Their inability to chain good results (if you want to call a draw a good result) means that we’re in for another frustrating 90 minutes.

They are currently sitting in 4th place, with 8 wins, 4 draws, and 3 losses, having scored 26 goals and conceded 18. The top of the table is very tight, and after squandering their chance to go to 2nd, Lyon need to be really careful about dropping any more points.

Just yesterday, we were treated to the bombshell that Rafael underwent surgery and will be out for 2-3 months. Maxwel Cornet and Jérémy Morel are also out.

Good news is that Amine Gouiri’s rehab is going well, and we can expect to see him play after the holidays. Léo Dubois also makes his way back after his own 2 month injury layoff while Ousseynou Ndiaye is called up to the pro team once again.

Side note, but this Right-Back situation continues to weird me out. First, we had too many, but then Dubois was injured for 2 months, and as soon as he’s back, Rafael gets injured and will be out for 2 months. I fear that when he returns, it will be Kenny Tete’s turn, except I’m sure his injury will be a broken heart.

L’Equipe is predicting the following:

Given that Dubois attended the pre-match press conference, I would have expected him to start. Otherwise, the only thing to complain about is Bertrand Traoré getting the start. He started the last two games and was crap. In fact, he’s been crap since September. I don’t see how he’s better than Moussa Dembélé, who at the very least should be given an equal opportunity to be just as crappy as Traoré.

For me, personally, I’m on Team Martin Terrier. I’d like to see him more, but given the way things go around here, we’ll have to wait until next Wednesday’s Coupe de la Ligue match.

2-2. Lyon’s defense has been leaky as shit. Expect Monaco to score from set pieces.