From a purely sporting standpoint, even the most optimistic Lyon fans expect Manchester City to win on Wednesday. In all honesty, this preview should end right here because the game should be a foregone conclusion.

So who knows what Wednesday will bring. After losing to a bunch of relegation-level teams these past two months, Lyon are ready to face one of the best teams in the world. 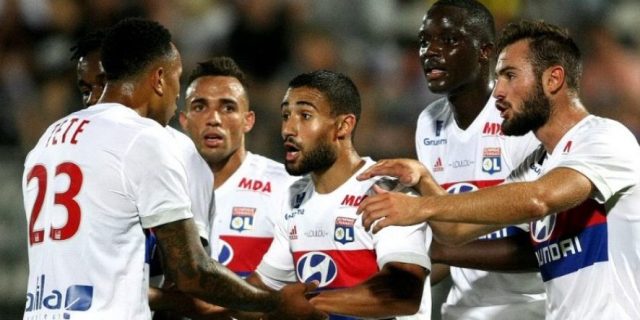 There’s a lot to talk about for this match, but I can’t go any further without mentioning what will be the greatest (or most embarrassing) showdown in the history of football:

Manchester City fans have probably noticed all the trolling Lyon fans have been doing on Twitter. For the few of you living underneath rocks, a year and half ago, Bruno Genesio was lovingly nicknamed “Pep”, in honor of the real Pep, who just happens to be managing City.

It’s too complicated to explain in the space of this preview, but suffice it to say that OL fans have been less than impressed with Genesio’s tenure, his tactical decisions often being met with derision from much of Lyon’s fanbase. Most fans acknowledge that  he’ll never a world-class coach and thus began calling him “Pep” as a form of mockery.

Is it mean? Absolutely. To Genesio’s credit, he’s taking it in stride, even admitting that Guardiola is one of the coaches he admires the most. Which is great – let’s hope Lyon’s Pep takes a lesson from City’s Pep and comes up with some good tactics for Wednesday.

Update: Turns out Guardiola will not be on the sidelines of this game due to a UEFA suspension for behavior last season. That’s too bad, the memes that could have been generated for the Pep handshake (pepshake?) would have been phenomenal.

The other intriguing duel is in left-back, where each team has their own Mendy. No introduction is needed for Benjamin Mendy, World Cup winner and Instagram star extraordinaire. But Lyon’s Ferland Mendy is nothing to sneeze at either. The best left-back in Ligue 1, he’s been one of Lyon’s best performers and is likely to earn a call up to the French National Team as well.  If that happens, it’ll be interesting to see Mendy vs Mendy as they both vie for the backup spot to Lucas Hernandez.

For now, they’ll have to battle it out on the pitch. It’s a pity that they won’t be going head to head, but I’m sure we can count on some good natured trash talking. Fun fact: while they both came up through Le Havre’s youth system at the same time, they are not related (don’t believe Wikipedia).

I remember the days when Manchester City could only dream of winning the Premier League. Forget the Champions League, they were lucky to qualify for the UEFA Cup.

That was only ten years ago. Since then, they’ve been taken over by new (and very rich) owners and have had a complete change in fortune. After several seasons of massive spending on high profile players, they found the right formula and won the Premier League for the first time in nearly 50 years. They won twice more, the most recent of which was last year, where they set a new record by achieving over 100 points in a season.

However, one thing has eluded them, and that’s the Champions League title. While this is their 8th consecutive appearance in the group stages, the best they’ve managed was a semifinal appearance in 2016.

But everyone swears that this is the season that City will go all the way. They’re currently sitting in 3rd place in the Premier League table, having won 4 games and drawn 1, with 0 losses so far. They’ve scored 14 goals and conceded only 3, so it’s clear that they know what they’re doing.

City has never played OL before, but they have come across other French teams. The most recent was against Monaco, who eliminated them in the knockout rounds two years ago. On the other hand , Guardiola has come up against OL. Ten years ago, his Barcelona side soundly defeated OL at Camp Nou and sent them packing from the knockout rounds.

There are rumors that Sergio Agüero may not be fit to play against Lyon. He suffered a minor injury against Fulham this past weekend and might not regain fitness in time. But let’s be real – it doesn’t even matter. With or without Agüero, this game is Manchester City’s to lose.

Unlike Manchester City, Lyon have had a tough start to their season.  Of the 5 games played so far, they’ve won 2, lost 2, and drawn 1, leaving them with only 7 points out of 15. That leaves them in 7th place, which isn’t the end of the world given how early it is in the season, but if the point gap continues to get bigger, Lyon may not be able to catch up.

Lest I get accused of being too negative again, I do want to point out that Lyon have a couple of things going for them. As mentioned, they tend to do the opposite of what’s expected for them. Everyone expects them to suffer an embarrassing defeat, so if Lyon stay true to form, they may end up playing well. Not well enough to win, but getting a draw? Why not? Lyon have a fairly good record against English teams, and at least in Europe, they play well away from home. Lyon are notorious for showing up against bigger teams (while flailing against the minnows), so if anything, we’re might finally see a performance that’s worthy of the squad.

Genesio can count on a nearly full lineup. Only Marçal is missing, but he’s been missing since the beginning of time, so no one will even notice his absence.

After being left out over the weekend, Jordan Ferri and Kenny Tete make it back onto the squad. Anthony Racioppi, usually with the reserves, also makes the team.

City fans will recognize Jason Denayer (actually, maybe they won’t), who transferred from City to Lyon after multiple loan spells in between. It will be interesting to see how he fares against the team that didn’t want him. Lyon fans, on the other hand, have liked Denayer so far, so maybe he’ll do us a solid and score against his old team.

L’Equipe reports this to be the most likely lineup for Wednesday:

No surprises here. Rafael has the edge over Léo Dubois, at least for now. I thought Genesio might play Pape Cheikh Diop alongside of Lucas Tousart for added defensive stability, but it looks like he’ll continue to put faith in his usual midfield trio.

Bertrand Traoré gets dropped thanks to his horrible form over the weekend and is replaced by Moussa Dembélé, who will start alongside of Memphis Depay. Nabil Fekir rounds out the front three.

From what I understand, Genesio will once again be aligning a 4-3-3, which would put Fekir on the wing. I’m hoping that I’m misunderstanding and that we’ll actually see the 4-4-2 diamond that worked wonders last season. Unfortunately, Genesio has stubbornly been trying to make the 4-3-3 work, so who knows.

Also on Wednesday, Lyon’s youth team will be playing City’s youth in the UEFA Youth League. It’ll probably be an even more interesting match due to the high number of exciting prospects Lyon have called up. Besides the usual crew (I 💓 Maxence Caqueret), new signing Lenny Pintor is called up, along with some of the little kids, including Florent Da Silva, Rayan Cherki, and Titouan Thomas. You can go here to see possible viewing options.

Keep an eye on those names – they’ll be household names soon enough.