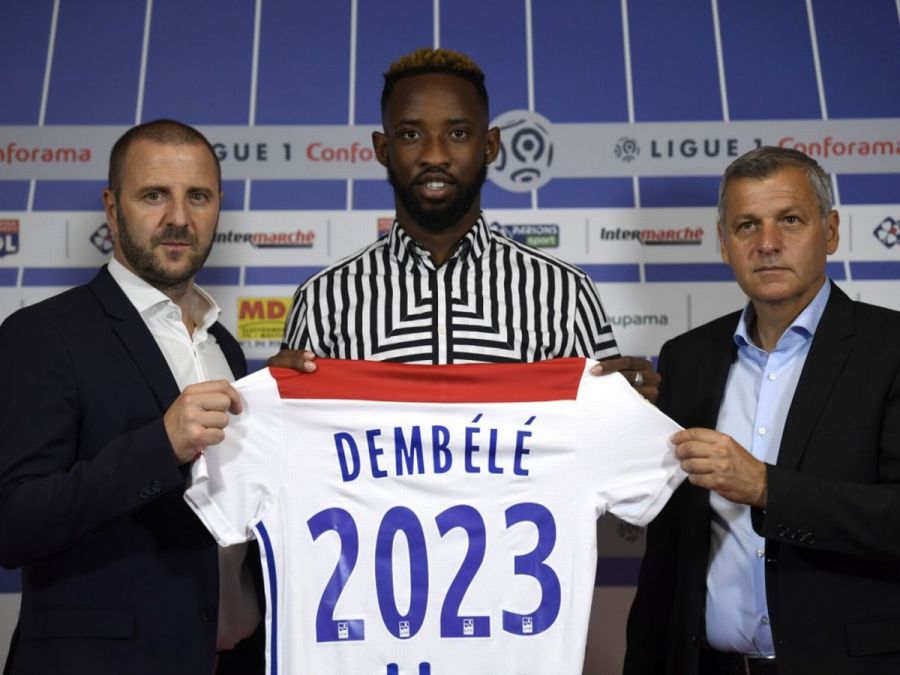 Most refer to it as the good old transfer window. Some call it the Silly Season. If you are an Olympique Lyonnais fan, you might know it as Reverse Christmas, or that time of the year when your favorite club is pillaged, rather than showered in gifts.

Friday evening was a fitting end to a transfer window that dragged on. As supporters tuned in to the game between Lyon and OGC Nice, many kept an eye on their social media feed. Even in the dying moments of an agitated transfer period, there was no telling how the window would end, and whether OL would end up playing in the Champions League without a true striker in the team.

OL’s transfer window started with pompous promises of World Cup signings and big name transfers, but it ended in a general sentiment of delusion and confusion. Yet the transfer window is more than about who clubs buy; it is also about the players that stayed, the ones that got away, and those that would not leave.

Act One: The World Cup Recruit

OL started June in a comfortable situation. Over the Winter break, Martin Terrier and Léo Dubois had signed with Lyon. Terrier signed for around €11M from Lille before he was loaned back to RC Strasbourg Alsace, and Dubois penned a pre-contract while still at FC Nantes.

As Summer started, Lyon exercised their rights to buy Tanguy Ndombele and Oumar Solet, and the club was left with very clear goals to strengthen the team. The absolute priority was always going to be a worthy center-back to replace an aging Morel, and a central midfielder was needed to compensate for the lack of experience. Then, things started changing.

The fans were resigned to it, the press was sure of it, and the player had already given his first interview – Nabil Fekir to Liverpool was a done deal. The scene would have faded, but against all expectations, as everything seemed to be done, it all came undone.

Liverpool, unsure of Fekir’s recovery from his Anterior Cruciate Ligament (ACL) injury, tried to bring down the Frenchman’s price-tag. True to his habits, Jean-Michel Aulas would not budge an inch, and the eventual World Cup winner ended up staying.

Across the English Channel, Jean-Michel Aulas came out of the situation looking like the most nefarious negotiator of the transfer window. On the other hand, Fekir’s transfer saga conditioned the rest of OL’s transfer window.

Fekir’s failed transfer was perhaps the best news for OL in June, but it also sent the club’s plans into turmoil. Although Lyon lost big money when the transfer fell through, in the next few weeks the club raised more than €60M in capital by selling players that were not in Bruno Genesio’s plans.

Mouctar Diakhaby, Willem Geubbels, Jean-Philippe Mateta, Myziane Maolida and others left for greener pastures, but OL still ended the transfer period with many undesirable players. The arrival of Dubois meant that there was one right-back too many at the club. Right until the end, OL could not decide who should leave.

In the meantime, a few more players still clung on like leeches to a warm body; Mapou Yanga-Mbiwa is now among the highest-paid players at the club, and by now, Jordan Ferri has become a permanent installation at the Olympique Lyonnais Museum.

With the Ligue 1 season around the corner, OL resumed its quest for signings. Fekir staying meant that a new midfielder would not be in the cards, but the defensive lacunae were begging for a solution.

To its credit, the club aimed high. From Kostas Manolas to Yerry Mina, solutions were aplenty, but one by one, they all faltered, until one remained – Rúben Dias. For a long time, fans hoped in vain, but when all seemed lost, Aulas pulled a wildcard – Jason Denayer.

There was always going to be a grand finale. A Mariano Diaz tweet about not declining Real Madrid all but passed under the radar, but it foreshadowed the conclusion of OL’s transfer window. Then, like a teenager, Maxwel Cornet took to Instagram to make clear his intentions to abandon ship.

OL’s designated replacements for Mariano and Cornet came in the form of Moussa Dembélé and Nicolas Pépé respectively. The prospects seemed positive at the outset, but the days trickled down. When Mariano bizarrely traded OL’s bench to replace Cristiano Ronaldo, the club found itself in a deadlock situation.

On the one hand, Dembélé wanted to join, but Celtic would not let him. On the other hand, Pépé’s refusal to leave Lille blocked a promising transfer for Cornet to VfL Wolfsburg. And that is when Friday rolled around.

With hours left until the transfer window closed for good, Aulas looked down anxiously from the stands. OL attempted no fewer than 30 shots without finding the net. Ironically, midway through the game, the greenlight arrived from Glasgow – Lyon had found its striker.

Midnight struck, and les Gones let out a collective sigh of relief at a bittersweet moment. Dembélé replaced Mariano, arguably the only major talent to be offloaded by Lyon. On paper, Lyon’s squad seems stronger than last season’s, thanks no little to having retained almost all the crucial elements from last season.

At the same time, however, there is a feeling around the club that OL did not cut off the dead weight, nor did it strengthen enough for the upcoming Champions League campaign. The sour taste of Aulas’ misguided promises still lingers heavy in the air.

And so does the sentiment that OL could have been one Rúben Dias away from transforming a good transfer window to a great one.