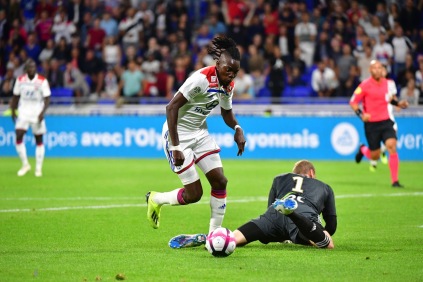 It was a refreshing break from Traoré’s usual cut in from the right, onto the left foot and shooting wide routine that leaves supporters with fistfuls of their own hair.

This is the perplexity that is Bertrand Traoré. With finishing as consistent as lightning and a right foot that’s practically painted on for aesthetics, he still has a raw natural ability in his game that only the best of the best can admire.

Bertrand Traoré has always possessed natural ability. Born to a footballing family, with both his mum and dad playing for the Burkina Faso National Team, he was destined for football. His brother Alain Traore was always his idol. Bertrand first made a name for himself when he impressed at the 2009 U-17 World Cup, in which the likes of Neymar, Isco, Morata, Xhaka and Gotze all played. At 14, he was the youngest player to score in the tournament playing as a traditional number 10.

Still as a central attacking midfielder, he led the Burkina Faso U-17 national team to the final of the U-17 African Championship, where they beat Rwanda 2-1 and he was named player of the tournament. Still only 15, his performances earned him a call up to the national team when he made his debut alongside brother Alain. According to fans, it’s at this point that he became the greatest hope in the history of Burkinabé football.

With many big clubs noticing, he officially signed with Chelsea in 2013. Training with the academy, he was quickly moved to the right wing, where he impressed coaches with his natural dribbling technique and long range ability. This transition was smooth for Traoré, who proved that this was his position. José Mourinho took Traoré under his wing during a pre-season trip to Asia where Traoré rewarded his faith, finishing as Chelsea’s top scorer and making a name for himself amongst Chelsea fans. Unfortunately, work permit issues meant he was forced to go on loan to Vitesse.

The One Footed 9 – Vitesse

From January 2014-June 2015 He flourished under the tutelage of Peter Bosch at Vitesse. During this time and playing as a Striker, he ended his season and a half  loan spell with Vitesse as their best player with 17 goals and 5 assists. With many Chelsea fans eager to have their young Striker back, the pressure was on him to turn this raw and exciting flair into results, with a Chelsea team expecting big returns. 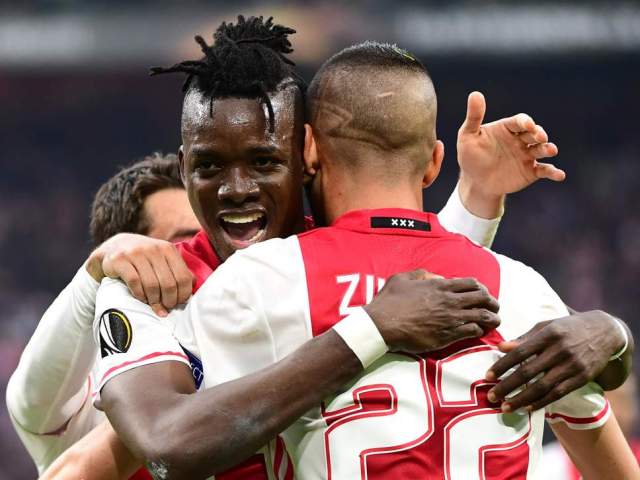 His return to Chelsea in the 2015-16 season started with promise. However, with Mourinho sacked and his progression stalled, he was loaned to Ajax for the 2016-17 season. At this point, Chelsea fans knew it was unlikely that Traoré would become their next “Arjen Robben”,  the left-footed goal scoring winger that they had been and still are searching for.

Reunited with former manager Peter Bosch, it was the perfect opportunity for regular football. Moved back to the right wing with the emerging Kasper Dolberg playing centrally, it was a combination that promised to excite his new Ajax fan base. Despite finishing the season with 13 goals and 4 assists in all competitions, his poor end product, repetitive actions and prosthetic right foot placed him on the bad side of Ajax fans (sound familiar?). 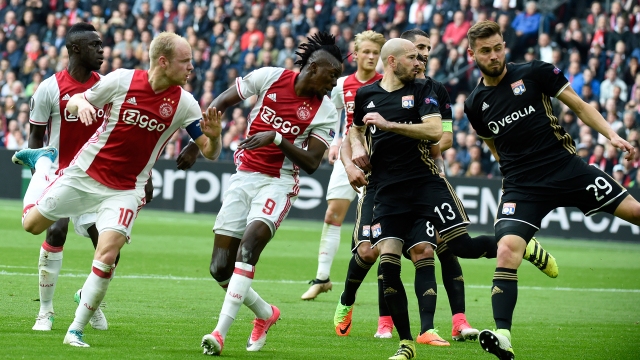 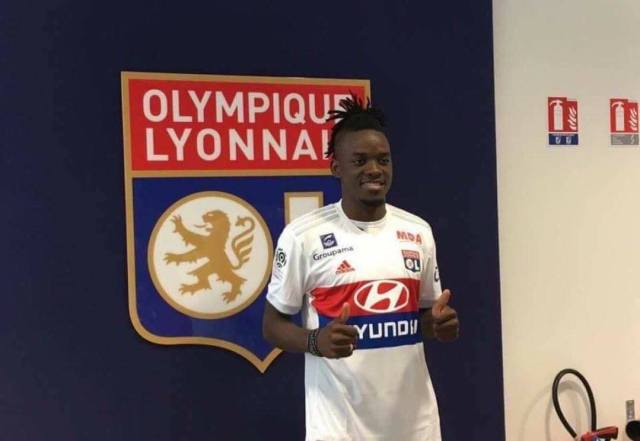 Ajax destroyed Lyon’s hopes of a first Europa League final (sorry guys). Ironically, it was Traoré’s stand out performances that attracted the attention of OL management.

A badly kept secret in the transfer window, he eventually signed to OL from Chelsea for a bargain 10M€. Fans were generally pleased with this needed signing as it filled a problem area left open by an equally problematic player…Rachid Ghezzal (AS Monaco->Leicester City LOL). Without Champions League and many big players departing (no, not Ghezzal), he was a welcome signing. After succumbing to Chelsea’s questionable loan system with only a handful of appearances for the club, OL offered the stability he desperately needed to revive his young career. 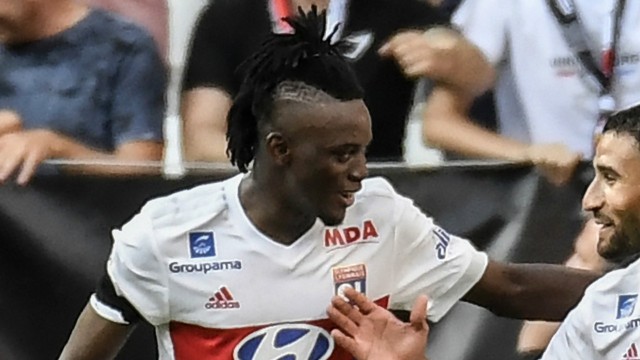 A Season Of Stability

There are 2 sides of the story to his first season at Les Gones. Boasting season statistics of 17 goals and 5 assists in 34 appearances across all competitions despite missing a fews months to injury, it was a first season of success.

The other side of the story is less inspiring. Much of the criticism he received from Ajax fans has repeated itself amongst OL fans. His ability to win a match alone with one or two strikes, like all the other OL attackers, is undeniable. But he is let down by the regularity of his game. As unpredictable as Melbourne weather, you never know which Traoré will turn up.

There is the Traore that ran riot against AS Monaco in OL’s victory in the Coupe de France. His first touch headed over Raggi and left footed finish was as elegant as it was clinical. The entire match, he had Raggi and friends looking like Disney on Ice. With a handful of other performances like this, they were unfortunately equaled by matches to the contrary.

On the right wing, he lacks the diversity and consistency in his actions. His only ability is to cut inside, which is often too predictable to beat the defenders he needs to for the move to be effective. It is an area he needs to improve.

Another criticism is his right foot. He is blessed with superb technique and speed, but without the ability to beat his man wide and put a ball in with his right, tt limits the variation that world class wingers have. There are numerous matches where this is the case.

However, with the change in tactics to a 442 diamond, it places Traore much closer to the goal. As is the case with Memphis, it brings them closer and more involved in the attacks.  With less distance from each other, it increases the opportunities they create for each other. With the trickery to cut inside or the speed to drift wide and allow space centrally for the likes of Memphis and Fekir, he displays his qualities with much more consistency and collective involvement.

There are many aspects of Bertrand Traoré’s game that needs much improvement. His finishing ability is as true as a promise from Aulas. Needing a handful of clear chances per goal he scores, it’s as much composure as application when it comes to his poor finishing.

The consistency in his collective play must improve. His impeccable first touch and ball control must be matched with more vision of the players around him. He creates space for himself and others effortlessly while drawing defenders to him. Simplifying his game and looking for those passes in combination with his ability to beat and attract defenders is key to his progression.

Many attacking players in history have built careers for themselves, adopting and performing their one signature move. Like Arjen Robben, Traoré’s ability to cut inside and beat defenders gives him that same “one trick pony” status. However, unlike Robben he hasn’t yet developed the regularity in his shots to mature from just a “one trick pony”.

Bertrand Traoré is still only 22, with plenty of time to improve and progress in his overall game. It is the first time in his career that he has had stability in a club without the distraction of loans. With 2 goals already in 3 matches, it is important for him to continue his progression with his new found status at OL. Despite his ability to divide fan opinions, none can argue at the potential of seeing a top class attacker at the OL. 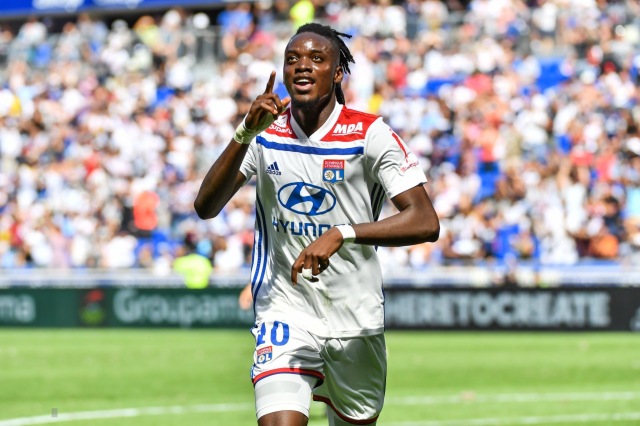 Can we see the next Arjen Robben? Can he become OL’s next Michel Bastos? Is “Pep” Genesio the right man to help Traoré ascend into the next level of players at OL?

It is certain that Traoré has great determination, loyalty, and connection with the players and staff. A very professional player, he is always ready to fight for his team mates and the club. A humble player off the field and a mostly enjoyable character on the field, we have still yet to see the best of Bertrand Traoré . As fans, we can be optimistic and hopeful that this season can be his to impress and change all our opinions for the positive.

Feel free to leave comments. Follow me on twitter @OZOL1950 for all your Traoré and OL related abuse and information.

One thought on “Player Profile: Episode 1 – The Burkinabé “Robben””